For the latest updates at Brock University, please visit brocku.ca/coronavirus

Want to go to Brock but not sure where to start? We can help.

Marilyn I. Walker School of Fine and Performing Arts

The core philosophy of the Marilyn I. Walker School of Fine and Performing Arts is to be a student-centered institution

Our commitment is to student-centered learning, innovative teaching, praxis, and community interaction. Our strength is the caliber of our faculty, our award-winning research and teaching and our vision for an integrated approach to the fine and performing arts.

Check out our season brochure

Learn more about all the Marilyn I. Walker School of Fine and Performing Arts has to offer in our viewbook.

Check out our viewbook

Jump to a program

Take a virtual tour of the MIWSFPA

We’ve curated a list of some of the best that the Marilyn I. Walker School of Fine and Performing Arts has to offer especially for Virtual Open House.

You’ll work with the very best faculty, artists and theatre professionals from Niagara, the GTA and beyond. As part of the core, you will take courses that integrate theory and practice (praxis). These involve a mix of lectures and studio work that explore ways in which creativity and analysis are linked culturally and historically.

You may choose areas of concentration in Drama in Education and Applied Theatre, Performance, and Production and Design.

Photos of our Dramatic Arts students at work

The Department of Music offers superb performance and academic instruction, pristine facilities in the Walker School and a professional auditorium in the 300-seat Recital Hall at the adjacent FirstOntario Performing Arts Centre. There are a wide range of courses in music history, theory, general musicianship, solo and ensemble performance, composition, conducting, music technology and music education.

Photos of our Music students at work

Studies in Arts and Culture

Study the cultural production, reception and interpretation of the fine and performing arts.

Read our message from the Director

Meet one of our students — Maya Meyerman

The Centre for Studies in Arts and Culture (STAC) is proud to announce this year’s issue of ti<.
Showcasing the creative works of 60 students of Brock University, it includes, among other things, two exhibitions catalogues (Imagined Urban Gardens at Rodman Hall and Crisscross in the Art Gallery of the MIWSFPA), as well as creative writing by students in STAC 1F93 (Writing for the Arts).

Learn more about our program

Studies in Arts and Culture

Learn more at the Studies in Arts and Culture website

In the Department of Visual Arts (VISA), education takes place within well-equipped studios and teaching spaces, as well as in our vibrant local arts community.

We provide education in two distinct but interconnected streams: Studio Art (STDA) and the History of Art and Visual Culture (HAVC). Our professors are exhibiting artists and published scholars who have mastered a wide array of media and topics, and are fluent in emerging discourses. Add to that a vibrant roster of internationally exhibiting artists who come through Rodman Hall Art Centre, the University’s art gallery, and you have a well-rounded, exciting education in Visual Art. Want to show your work, curate a show, or participate in a festival? How about giving a lecture on your research, or travelling to see art in Italy or Greece? All is possible within a degree program in the Department of Visual Arts.

Photos of Visual Arts pieces and students at work

Students in the VISA 3P10 Advanced Video class were asked to create a 3-5 minute video art work that explores the space between a still and moving image. These are some examples of their work.

The video follows a girl named Aiko who is vlogging as she reaches the summit of a great mountain in order to capture the view for her audience. She takes a shot but feels unsatisfied with how mundane it appeared in her video camera. Aiko looks out into the mountains again, this time with her own two eyes instead of through a lens and sees that it is so much more beautiful in reality. Thus, she takes out her Polaroid and snaps a single picture to remember her trip by. That photo then splits open into many other pictures of trees and animals and mountains, showing all the images that come together to make the scenery.

I also took inspiration from a Taylor Swift lyric in the song Out of the Woods: “You took a Polaroid of us/Then discovered/The rest of the world was black and white/But we were in screaming color”. However, I reversed the lyrics and made it so that Aiko was in black-and-white whereas the world was in “screaming color,” as she was vanishing into the grey area between photographic still images, cinematic moving images, and real life.

As well, for the sound, I wanted to keep it very simplistic and have only important sound effects (eg. whoosh, camera shutter). This video is meant to be easy to watch (which is why it’s rather short) but takes a while to understand, so I kept it very simple for the art and sound design.

A photograph often captures a fraction of a second while video is able to capture a much broader range of time. As such, I thought it would be interesting to explore the passage of time through video as a way to look at the relationship between photography, video and everything in between. In this piece, I try to explore that relationship through slow, eerie motion, the use of the use of ever-changing depth of field and a slow building tension through non-diegetic sounds that are traditionally associated with the passage of time.

This video aims to be a representation of two moments; when you feel stuck in place whilst the world around you seems to race forward, and when you feel like your mind and body are racing whilst the world around you seems to stand still. The first moment comes in times of fear, anxiety, sleep paralysis, or vertigo. The second moment comes in times of stress specifically when you’re trying to sleep or trying to concentrate on a test. In case you may not have noticed, my video often splits in half, with half the screen frozen in time while the other half proceeds naturally forward. I believe my piece is both photographic and filmic in that both still frames and moving images have literal equal time on the screen. My favourite moments in the film are those times when the world is so still that you may not notice at first if it is a still frame or not. The sound in my film is simply to set the mood. The Hypnagogic State of consciousness refers to the transitional period between sleep and wakefulness. I believe the feeling in-between the two stated moments above, is the Hypnagogic state; the moment when you begin to lose consciousness but are still awake. This also relates to Masaki Kondo’s affect theory in that, where an affect aims to activate your senses, the Hypnagogic State is the deactivation of your senses.

This piece was inspired by the quote from Donna Tartt’s The Secret History that appears at the beginning of the video. When I think of something that invokes both beauty and terror, I find myself picturing forests – they are vast, treacherous and infinitely beautiful – and nature in general. So, I filmed the forest nearby in a moment of panic: running, out of breath, frantic.

And yet when people talk of beauty, they often speak of man-made art. I collected images of marble statues and placed them throughout the video. When they appear, the world becomes even more vibrant and horrifying. The colours are saturated yet unreal; the rhythm of the statues’ appearance frantic; the video and the sound itself are distorted too, playing backwards or repeating, until the video stops completely giving space to just the statues in their original colour. I believe that this piece indeed feels the viewer with some sort of unease, despite the fact that they are looking at such beautiful things.

There is another reason why I chose the statues (instead of any other art). In exploration of in-between images, the difference between the static and the moving, I believe it is interesting to look at older, ancient still images. Statues do not move and yet they have form and often look like they are this close to taking a step forward. The difference between a video (flat yet moving) and a statue (fully formed yet still) is fascinating to me.

We exist in a world of in-between images whether we notice it or not. Vertical Progress, Downward Struggle examines one of these in-between images. That image is of the urban construction site, specifically of the high rise apartment. These locations appear in a flat space or at a dilapidated property. Seemingly under the cover of night tower cranes appear where they were not before, the spaces become populated with florescent workers, the smell of burning diesel and the cacophony of construction equipment. As these buildings rise up the people who populate the surrounding areas start to slowly become muscled out as rent rises or there landlords “cash-out”. As the Tralfamadorians would say “So it goes.”

In Vertical Progress, Downward Struggle I attempted to capture these in-between locations by employing a mix of seemingly still shots and shots of movement at these sites. I included only one camera tilt to reveal the first of several cranes which would be featured prominently throughout the work. The first half of the piece focuses on these sites while they sit seemingly in stasis. However, as the video continues the sites start to come to life with slow and calculated movements. I included audio which was recorded at the various sites I shot at to simulate the auditory experience of the surrounding areas.

History of Art and Visual Culture

There's even more to explore

Keep your Virtual Open House experience going by jumping to one of the other pages below. 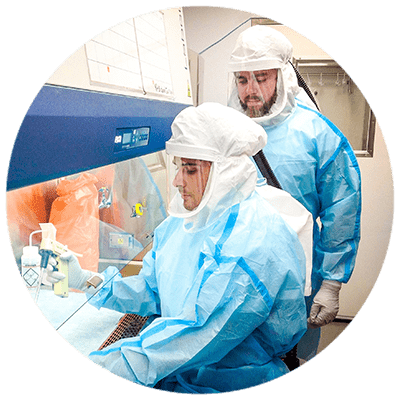 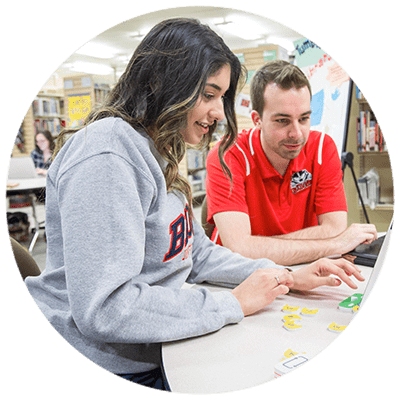 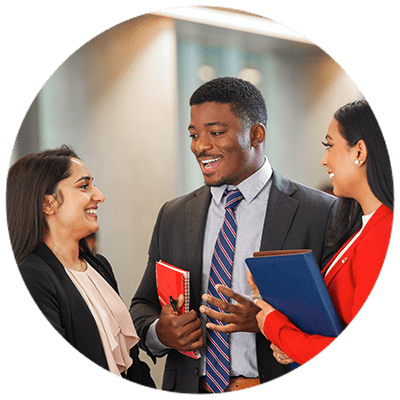 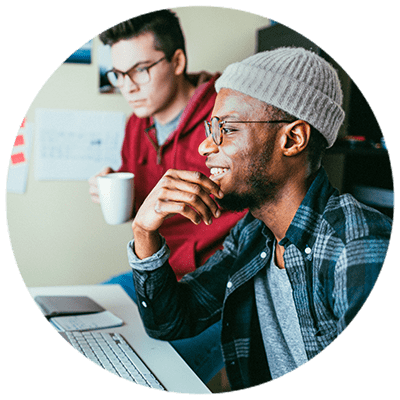 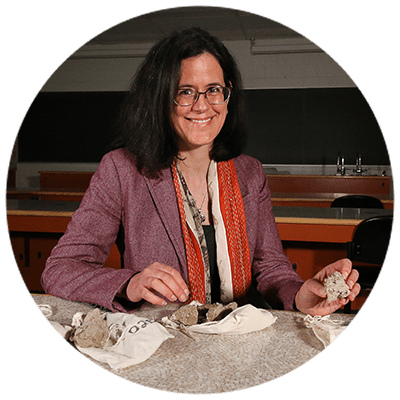 Faculty of Mathematics and Science 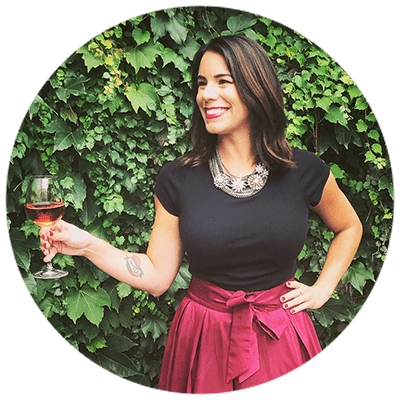 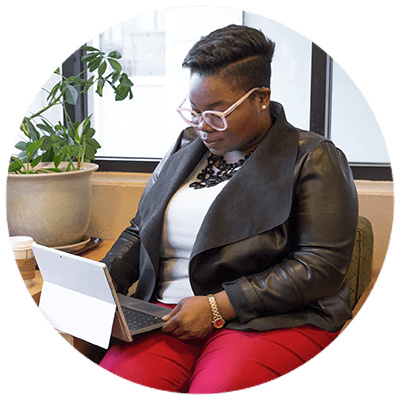 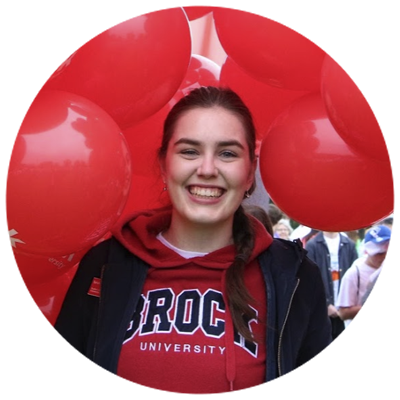 Don't forget to fill out our event survey

Let us know what you think about our Virtual Open House! Plus, by filling out this survey and providing your contact information, you could win one of twenty $50 Campus Store gift cards.

The information provided will be used by the University to continue the conversation with you about being a Brock student.

Direct any questions about this collection to Recruitment and Liaison Services at Brock University at 905 688 5550 x 4293 or see brocku.ca/registrar/contact-us

Every gift makes a difference.

Social media directory
Back to top